Attack on Titan's Final Season: Will It Live Up to the Hype? 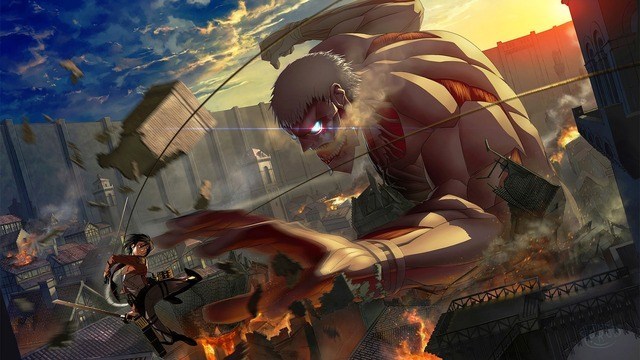 In the year 2021, there is one show that has dominated the conversation of anime since December. Attack on Titan's final season has aired its first four episodes, and it is already rated as one of the top ten shows of all time on MyAnimeList. It has rocked the world in a way that few have been able to do, but will it be able to live up to the expectations of its massive fanbase?
Ever since its premier on March 17, 2010 it has slowly become one of the most dominating stories in the history of manga. The immersive worldbuilding and grandiose plot have captivated audiences from around the world, and it has sold over 100 million copies in print worldwide. You can't help but be sucked into the epic tale of enormous human-eating titans, and the valiant heroes who hope to free humanity from the barriers it built to protect itself. The giant walls, the desperation of humanity, and the bravery of the scouts all feel larger than life. It is truly a masterpiece, and one of the most well written shows of all time. I have seen no other narratives be able to tie every single event, character, and emotion together, and connect them all throughout. Not a single scene is wasted, and every ounce of conviction in the voice acting feels utterly real. The story follows a young boy named Eren Yeager, who has vowed to kill all of the titans after watching them destroy his hometown and eat his mother. He joins the Scout Regiment and begins to study, explore, and fight titans along with his comrades. It is not a lighthearted show, and the weight of reality weighs heavily throughout. As always, if you haven't had the time to watch or read it yet, I highly recommend it! The characters are forced to deal with world-ending threats one after the other, and it reflects just how strong each of the scouts are. This anime is unique in the fact that every single season has managed to surpass the one before it, as it builds towards the climax of the story. Thus, the new season has an incredible amount of hype, as fans hope to see the show outperform itself once again.
It has been recently announced that the show will only air sixteen episodes, a surprisingly short amount in comparison to its predecessors. This has caused some anxiety for many viewers, as it plans to cover over forty chapters of the manga's immense story in such little time. Fears that story elements will be cut to save time are high, and rightfully so. However, I do want to emphasize the fact that the anime will likely take a different direction, and I have complete faith in the animation studio that they will produce something great. I can't wait to see how this beautiful tale ends! Let me know what you think about the new season in the comments as well!
Previous Post
Next Post
Quick View