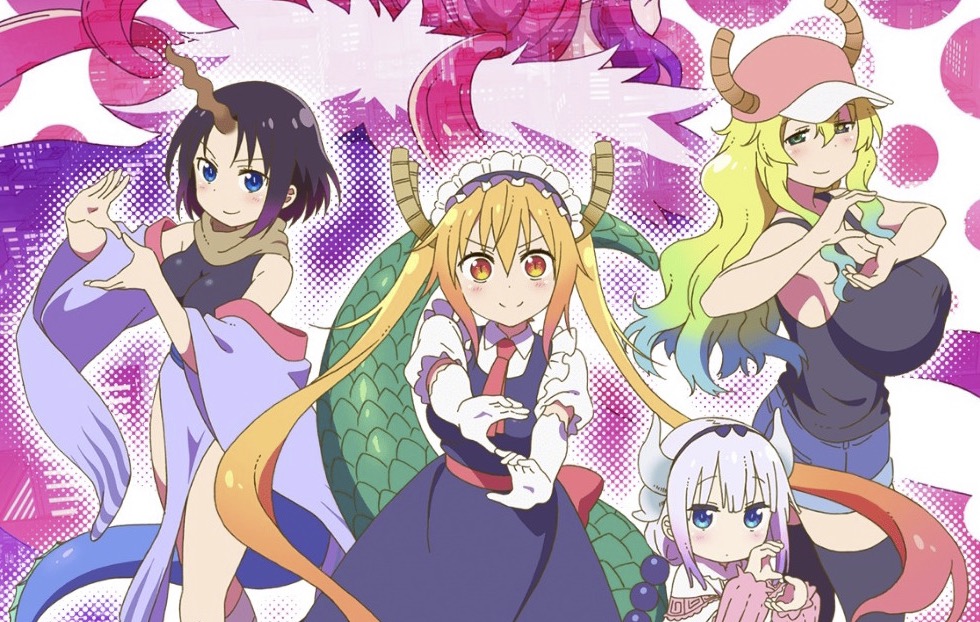 Miss Kobayashi's Dragon Maid's original season was released in January of 2017. The beloved slice-of-life series won Best Comedy as well as Best Ending in the Crunchyroll Anime Awards of 2018, and has a score of 8.02 on MyAnimeList. The show revolves around a stoic programmer named Kobayashi, who does not have many close relationships and has a weird obsession with maids. One day, she gets too drunk and wanders into a forest, where she meets a huge all-powerful dragon named Tohru. The next morning, she awakens to find the same dragon outside of her doorstep, and ends up hiring her as a personal maid. Tohru must learn how to handle human society, and become the best maid she can be for her beloved employer. Honestly, anyone who sees such a bizarre synopsis would be confused as to how this show has done so well. In fact, I was perplexed as well until I finally got the chance to sit down and watch it. The show is adorable, entertaining, and actually quite funny thanks to the eccentric cast of characters. I usually don't enjoy the rather slapstick style of comedy that most slice-of-life anime incorporate, but when watching the polar opposite personalities of our main duo interact, I couldn't help but crack a smile. Of course, the popularity of the show would have never have gotten so massive without the adorable antics of Kanna Kamui, the third housemate in the Kobayashi residence. The tiny grade-school dragon became an international phenomenon thanks to her adorable design and personality. While the show is beautifully animated and humorously light-hearted, I can't help but feel that the underlying message of the show is what makes it truly special. Every character we are introduced to is completely different from the others, yet they love and support each other all the same. This idea of creating family around yourself, rather than the one you were born into is a prevalent theme that makes this show surprisingly heartwarming. In fact, it is now one of my favorite shows of all time, and I would highly recommend you watch it.
Well, believe it or not, this anime is getting a sequel series titled: Miss Kobayashi's Dragon Maid S! Apparently, the S stands for "Super Supreme Second Life Starts." After a nearly four year hiatus, it will return to the television screen in the summer 2021 season, produced by Kyoto Animation yet again. The director has been confirmed, and character videos, trailers, and other media have now been released, and it is getting hype! One of my favorite shows being produced by one of my favorite studios is a dream come true, and I hope you will be able to watch along as it premiers around July of this year!
Previous Post
Next Post
Quick View