The Beauty of Violet Evergarden and Kyoto Animation 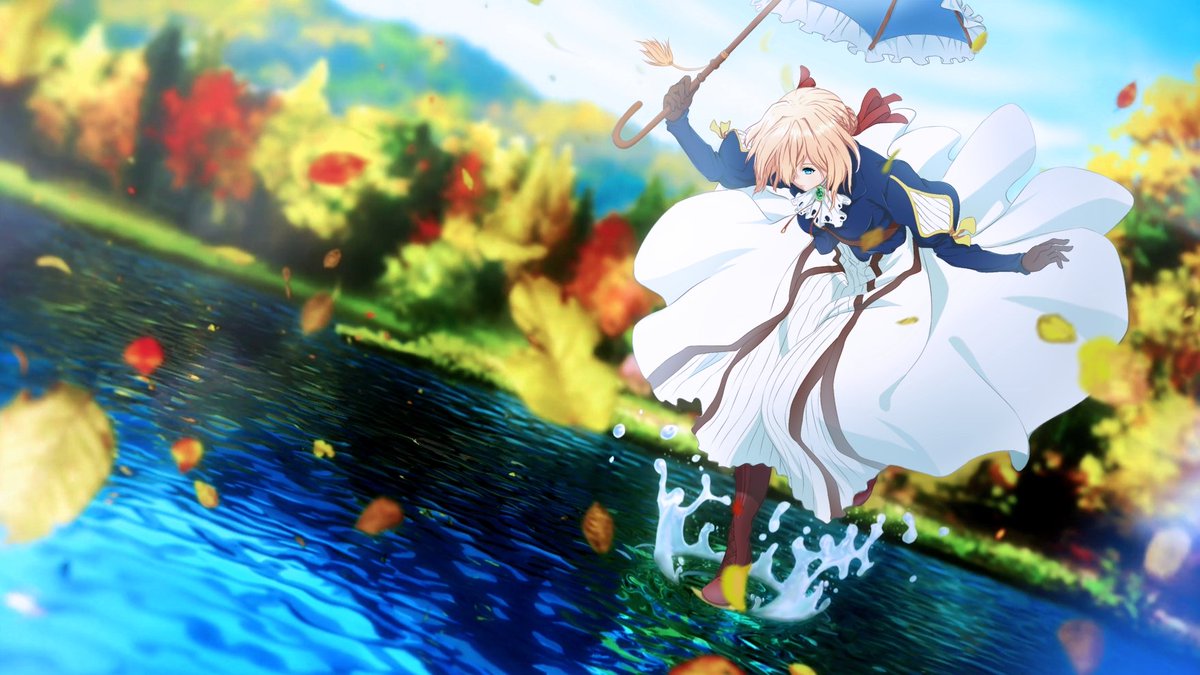 Violet Evergarden is an anime series produced by Kyoto Animation. It was released exclusively on Netflix, and quickly became a national sensation. It won Best Animation at the 2019 Crunchyroll Anime Awards and was nominated for the Mainichi Film Awards as well. Recently, I decided to give it a try after seeing its name mentioned on multiple recommendation forums. With little to no expectations and no prior knowledge regarding the plot or characters, I sat down and began to watch it. I was absolutely stunned. After finishing the entire series in one night, I stared up at my ceiling, tears streaming down my face. This animation is an emotionally charged masterpiece, and I loved it.
If you have the time, go watch this show right now. You will not regret it. As always, I will try my best to avoid spoilers, but I would highly recommend watching it and coming back to read this article afterwards. The plot follows Violet Evergarden's journey of reintegrating back into society. After being used as a human weapon in a bloody four year war, she struggles to understand what she is supposed to do now that the fighting is over. However, she finds meaning in last words of her mentor and guardian, Major Gilbert, and one question drives her forward. What is the meaning of: "I love you"? She becomes as an Auto Memory Doll, and works to assist others by writing for them. The occupation is deeply rooted in emotional guidance, and more often than not the dolls must decipher the sender's true feelings in order to convey the correct message. Through this, we are able to learn the stories of many other characters throughout the series, and how the war impacted their lives. The way that Violet's growth was handled throughout the show was beautiful, and one of the main reasons why I loved this anime so much. As she helps others, her change in character is pushed to the background, and adds to the realism of the series. We don't know every little thought that crosses her mind, but we see the way she interacts with her clients and takes on challenges. With each new episode, we see these actions subtly change as she uses her new experiences to make progress. Violet also serves as the perfect vehicle for her clients, allowing their stories to be shared in a vulnerable and unique way. Some may say that each of their heartbreaking narratives causes the mood to become shallow and melodramatic, but I cannot disagree more. The whole point of the show is to highlight the painful reality of war, and the delicacy of human emotion. By allowing so many different people to share their own unique perspective, the creators are able to illustrate many different emotions and scenarios while giving each one their own space to come to life. All of this is tied together by a heartbreaking love story, making this anime an emotional rollercoaster. That is, if rollercoasters only went downhill for the entirety of the ride.
Of course, the entire show rides upon the stunning visuals created by Kyoto Animations. They were able to capture such raw emotions, solely in the canvas of Violet's eyes. They were able to create a stunning world, in which every corner of Leiden feels like it is bustling with life. They were able to grab the chaos and desperation of war, seen in the face of every soldier. Each landscape, facial expression, and action sequence feels covered in love and attention. Nearly every frame is desktop wallpaper material. Regardless of how you feel about the story, you cannot deny the beauty and effort of the animation. This work of art would not have been possible without the creators. As many of you may know, on the morning of July 18, 2019, a man ran into Kyoto Animation's Studio 1 building screaming the words "Die, Die, Die". After pouring 10 gallons of gasoline on the floor, he proceeded to light the establishment, the artists, and himself on fire. Thirty-six talented and wonderful people were killed, and another thirty-three were injured including the attacker, Shinji Aoba. This was the country's deadliest attack in decades, and it sent shockwaves throughout the entire anime industry. The spinoff movie of Violet Evergarden: "Eternity and the Auto Memory Doll" was released about a month after. It was the first to come out after the tragedy. As I write this, I feel it wouldn't be right to talk about such a wonderful animation without recognizing the people that helped make it possible. It wouldn't feel right to praise their work without first honoring the lives that were lost. Even after two years, such a story fills me with sorrow, and I continue to pray for the families of the victims. Kyoto Animations has always been near and dear to my heart, and they have created some of my favorite shows and movies. The world of anime wouldn't be the same without them.
Violet Evergarden is an amazing show, and one I am personally biased towards. The story, animation, and soundtrack are all so beautifully created. This post is really just a love letter to the anime. If you have made it this far, thank you for reading my thoughts and opinions. I hope you will be able to get the same enjoyment out of it that I did, but if not that is okay too! Please feel free to leave anime recommendations in the comments, and I will be sure to review it next!
Previous Post
Next Post
Quick View